Hey everyone. It has taken a couple of days to decompress from San Diego. Thanks for being tolerant of the Comic-con tweets all weekend long. It was great to see that webcomics had a very good showing. There was a whole section dedicated to web-based comics and their creators. From the time I spent on the exhibit hall floor, there was plenty of foot traffic going through the webcomics area (even though it was tucked away at the back of the hall). 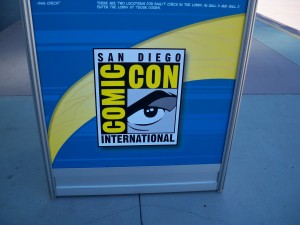 There was also a section of the exhibit hall dedicated to smaller/independent publishers. This included comics that may not have a web presence, but were published on a very small scale. It was great to walk through the small/indy section because I found some really great creators/comics that I had never heard of before. As you can tell, I am very interested in independent publishers and webcomics because those are the creators that inspired me to start Odd Quartet. Heck, Odd Quartet is a comic about classical music and marching band – topics that you’d normally not see in the Sunday funny pages. However, the power of the internet allows for that kind of content because the technology is there. So, thank you for reading Odd Quartet and letting me make jokes about how often musician’s should practice.

Now, for something completely different. The LEGO booth had a GIANT pile of Legos to play with! It was one of the coolest things there. 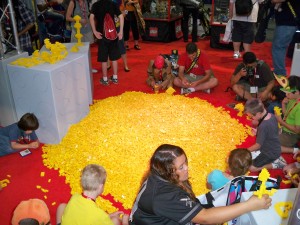