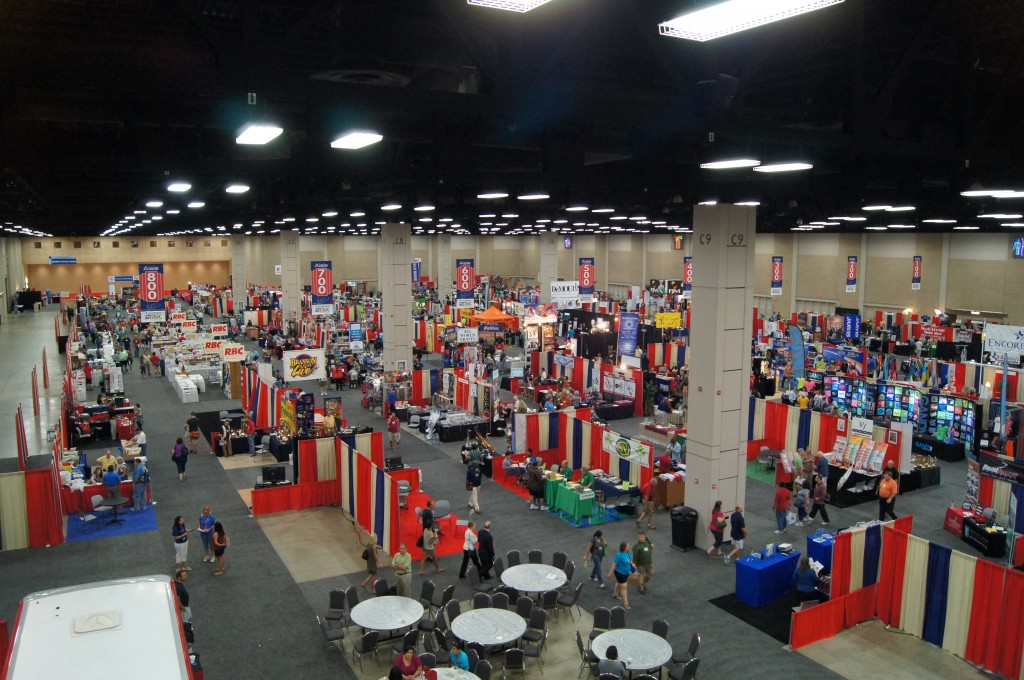 I had the opportunity to attend the Texas Bandmasters Association convention this past weekend. The exhibit hall was only open on Saturday and Sunday, but the convention had other clinics/events/concerts going in from Friday through Monday. The entire exhibit floor was huge and my two booth neighbors were very polite and friendly. On one side, there was an independent music publisher and on the other there was a booth selling what can only be described as a “practice marimba”.

The show went great. A bunch of people stopped by the booth to check it out. The one thing that did surprise me was the number of people who already recognized the Practice Chart. I guess I never realized how far that chart had been shared on the interwebs. The best part was getting to talk with the people who stopped by the booth. It was a great mix of  band directors, students, Doctor Who fans, band boosters, and friends from college stopping to chat for a while.

All in all, it was a great weekend and I just want to say thank you to everyone who stopped by the booth. Here’s a questions for the commenters: Do you attend your local music educators’ conference?

P.S. – I heard the trumpet excerpt from “Pictures at an Exhibition” a bazillion times over the weekend, but I only heard the theme from “Believe Me If All Those Endearing Young Charms” on Euphonium once. Clearly there was a lack of Euphonium representation.